Camp H.M. Smith Marine Corps Base Hawaii, is a Marine Corps installation located on the island of Oahu, Hawaii. It is the headquarters of the U.S. Pacific Command (PACOM) and thousands of military service members and their families.

Camp Smith and the Marines stationed there have a critical role in all military matters impacting the Pacific theater. But even years of faithful service won’t protect Camp Smith Marines from military prosecutors with a one-track mind. Even the weakest of accusations can lead to horrific outcomes. Make no mistake, innocent people are sometimes convicted, including military service members.

Any allegation of a UCMJ violation is almost guaranteed to have an adverse impact on a service member’s life and military career. And if convicted, you can expect the government to seek the harshest sentence possible—one that not only destroys your career progression but may very well ruin the remainder of your life.

With these dangers staring you in the face, you have to make a decision on whether you want to roll over and give up, or fight back. If you’re not ready to give up. If you want to fight back and try for the best possible outcome, then you need a team headed by a military criminal defense attorney on your side to fight back with you. Going it alone is a recipe for disaster and could make your situation even worse.

Are you a Camp Smith Marine facing investigation or UCMJ charges? Do you want to fight back against the government’s attacks against you? If yes, contact the office of Noel Tipon today to learn how our team of Hawaii-based court martial lawyers would investigate, prepare, and defend your case. 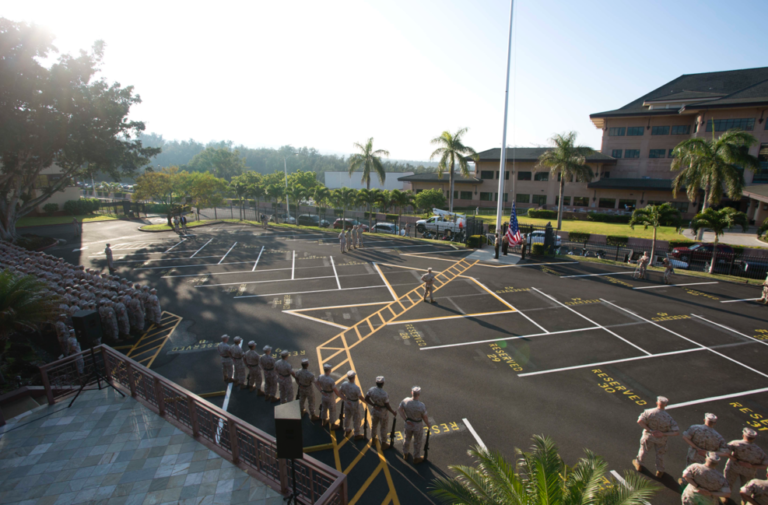 Because of the interplay between the military’s war on drugs and sexual assault, and the political atmosphere that these so called wars are being waged within, Marines at Camp Smith and throughout Hawaii have become increased targets of military prosecutors and investigators from NCIS and CID. This increased targeting is also a result of recent high-profile court-martial cases involving Hawaii Marines.

Whatever the reason for the targeting though, Marines in Hawaii need to understand that if your command is coming after you via an investigation or UCMJ charges, they aren’t messing around. They’re playing to win and that may mean you LOSE your military career and maybe even your freedom. So you need to play to WIN too.

Without an experienced team of defense attorneys representing you, the chances of beating the UMCJ matters you are facing probably plummet drastically. You need to even the playing field. You need experienced court martial lawyers that will outwork your enemy. And if the government and your command is coming after you, that is what they are—YOUR ENEMY.

Contact Noel Tipon NOW to learn how we would investigate, prepare, and defend your case.

Our court martial defense attorneys have been defending Hawaii service members for years. Being located right around the corner from Camp H.M. Smith helps us serve our Marine Corps clients better than any other law firm that focuses on military law and UCMJ defense.

Noel Tipon serves all U.S. Marine personnel at Camp H.M. Smith. If you want to fight the UCMJ matter you are facing, call us TODAY to learn how we would investigate, prepare, and defend your case.

Does Noel Tipon Defend Against Both Court Martial Charges and Hawaii State Charges?

Yes. If you’re accused of a felony-level crime in Hawaii and the charges remain in Hawaii state court, we can assist you. If the military brings charges against you, we’ll defend your case in military courts. Either way, Noel Tipon has you covered.