Joint Base Pearl Harbor-Hickam combines two storied military installations into a single joint base that supports both Air Force and Navy missions.

Located in Honolulu, Hawaii, on the Southeast side of the island of Oahu, this joint base is the home for numerous military commands and tens of thousands of Navy Sailors, Air Force Airmen, and their families.
As the largest military installation in Hawaii, Joint Base Pearl Harbor-Hickam sees its significant share of courts-martial, NJPs, and other adverse administrative actions.

Many Navy and Air Force service members have come to understand—the hard way—that once they face allegations of criminal wrongdoing under the UCMJ, their previous faithful service doesn’t count for much.
A criminal conviction under the UCMJ or some form of adverse administrative action could have tragic consequences for you and your family. Jail time, a dishonorable or bad-conduct discharge, or an other than honorable (OTH) separation are all possible under the Uniform Code of Military Justice.

Even if you escape imprisonment or a discharge, your military career may still be left in ruins, with the chances of promotion possibly destroyed. Once the military decides it doesn’t want you, it comes after you and your career with a vengeance.
Obtaining meaningful civilian employment is probably going to be a lot more difficult if military prosecutors have their way. The lost opportunities for career progression may be something a service member is never fully able to recover from, both financially and psychologically.

If you are a Navy or Air Force service member stationed at Joint Base Pearl Harbor-Hickam and you’re facing any type of adverse UCMJ action, the rest of your life may be dependent on whether you want to roll over, or are willing to fight back. If you want to fight back, contact Noel Tipon TODAY to learn how we would investigate, prepare, and fight your case. 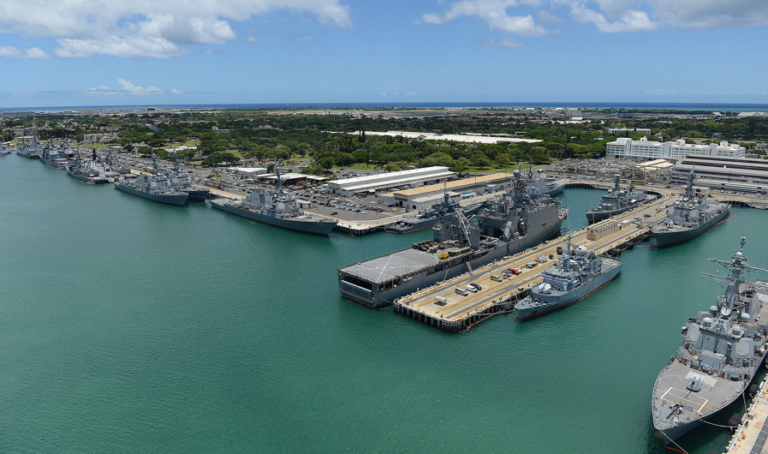 Courts Martial Continue to Be High at Pearl Harbor-Hickam

Because Pearl Harbor-Hickam is not just the largest military installation in Hawaii, but one of the largest U.S. military bases in the world, it is unsurprising that a court martial there is not an uncommon event. Captain’s Mast, Office Hours, and other adverse administrative actions take place at an even higher rate. Any of them can end a Sailor’s or Airman’s military career and drastically impact their future. The Government most often charges service members at Pearl Harbor-Hickam for any number of UCMJ violations, including rape and sexual assault and drug and BAH or other financial crimes, just to name a few.

Noel Tipon, a military defense lawyer, has a long history of fighting and winning for military service members in Hawaii. Because our office is located in Honolulu, we have distinct capabilities that can be leveraged for the benefit of the military clients that we represent:

Noel Tipon serves all Navy and Air Force personnel stationed at Pearl Harbor-Hickam. If you’re not ready to roll over, if you want to fight for your career and your future, call us TODAY for a free consultation so you can learn how we would investigate, prepare, and defend your case.

Yes. If you’re accused of a felony in Hawaii and the charges stay in state court, we can represent you. If it’s the military that presses charges, we’ll represent you in military courts. Either way, Noel Tipon has you covered.