Found on the island of Oahu, Marine Corps Base Hawaii (MCBH) is located at Kaneohe Bay, HI. Over 25,000 Marines, Navy Sailors, family members, and civilian employees live and work there.

MCB Hawaii has been in use since 1918 and was a target during the December 7, 1941 attack on Pearl Harbor.

Marines and Navy Sailors living and working at Marine Corp Base Hawaii have a long tradition of fighting and winning America’s battles. In fact, the 2019 book, The Warriors of Anbar: The Marines Who Crushed Al Qaeda—The Greatest Untold Story of the Iraq War, details the 2006-2007 Iraq deployment successes of 2d Battalion, 3d Marines (2/3).

For the Marines and Sailors of MCBH though, a different type of battle has reared its ugly head, one that could lead to the destructive end of their military career and even imprisonment.

The ever-increasing demand for court martial convictions for rape, sexual assault, and drug crime convictions has caused many honorably serving military service members to become scapegoats. They’ve become a statistic to quench the bloodthirst of those calling for higher military conviction rates.

For those military members ensnared in this tragic culture of victimhood and outdated thinking, the consequences can be a promising military career destroyed and a life left in ruin. The court martial sentences that these Marines and Navy personnel can be smacked with are brutal.

You’ve faithfully served and fought for your country. You joined the Marine Corps or Navy because you’re an honorable person. You deserve an experienced team of court martial lawyers fighting for your rights and protecting your interests. Contact Noel Tipon to learn how we would investigate, prepare, and defend your case. 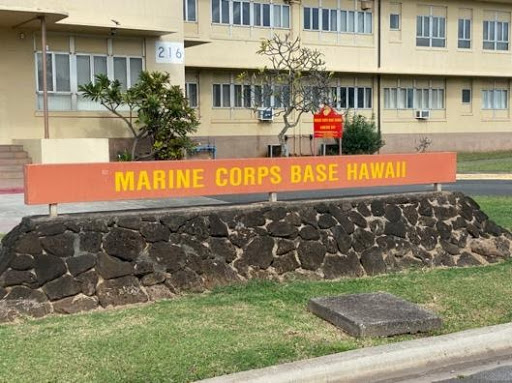 The large number of units and subordinate units at MCB Hawaii, combined with a political atmosphere of “guilty until proven innocent,” makes the court martial activity here terribly scary.

In recent years, the Marine Corps has faced a number of embarrassing high profile cases out of Hawaii. Below are just a few examples.

Military cases like these, combined with extreme pressure on the Marine Corps and the Navy to increase court martial conviction rates, appears to have caused the screws to be turned even tighter on unsuspecting Marines and Navy Sailors stationed at MCBH. Specially organized teams of military prosecutors have been created for one primary purpose—to increase convictions rates. Now they have you in their sights.

Don’t expect them to take it easy on you. In fact, you can expect the exact opposite. Military prosecutors have huge amounts of money that they can use to ensure you are convicted and then sentenced to the harshest punishment possible. And make no mistake, that is exactly what they plan on doing. They’re not planning to lose. They plan on winning—and that means a GUILTY verdict in your case or a separation from the service where you may lose all of your benefits.

If you think the playing field seems uneven, you’re right. The government has the deck stacked against you. Worse yet, they don’t have any problem using it against you. They hope you will think you should just give up and plead guilty because you have no chance of winning. That is the last thing you should do or think! Instead of giving up, you need to fight. Instead of giving up, you need to level the playing field and then hit back!

If Marine Corps Prosecutors or your military command are coming after you and your career, you need an experienced team of aggressive court martial lawyers that will fight for your rights and hit back against the government. If you want to fight the UCMJ allegations you’re facing, contact our office today to learn how we would investigate, prepare, and defend your case.

I’ve been defending active duty service members from Marine Corps Base Hawaii for nearly twenty years. Most importantly, we have a track record of winning. In almost every type of UCMJ offense imaginable, we’ve been there: attempted premeditate murder, rape, sexual assault, drug crimes, child pornography and other child sex crimes, BAH fraud and other financial crimes, theft and larceny offenses, assault and battery, adultery, unauthorized absence and desertion, child endangerment, sexual harassment, maltreatment, maiming, and on and on.

So if you are under investigation or have already been charged with a UCMJ offense, I have you covered. Whether it’s a general or special court martial, a BOI, administrative separation board, NJP, or any other adverse action under the UCMJ, our firm has the legal skill and experience to get the best possible outcome in your case.