Naval Brig Pearl Harbor is located on Ford Island on Oahu, Hawaii. It is mainly used to confine military prisoners that have been subjected to pretrial confinement by their command and are awaiting trial by court martial. The Pearl Harbor Brig confines military prisoners from all branches of the armed forces: Army, Navy, Marine Corps, Air Force, and Coast Guard.

Once a military service member is thrown into pretrial confinement by their command, they are rarely released before their court martial takes place, which can be months and even years down the road. Stripped of their freedom, a service member is treated as if they are guilty, despite being “presumed innocent.” But that’s not the whole of it.

Unfortunately, many service members that find themselves in pretrial confinement have a free uniformed defense attorney from the JAG office that make only a single attempt to have them released. Once that attempt at release fails—and it usually does—they either give up or don’t even know that additional attempts at release can be made. This may be due to inexperience or just plain apathy.

The court- martial military defense attorneys at Noel Tipon know how terrible pretrial confinement can be, and we know that you deserve more than a single attempt at release. If you or a loved one has been placed in pretrial confinement in the Pearl Harbor Brig and you want to fight for your release, contact our office today to discuss how we can fight to make that happen. 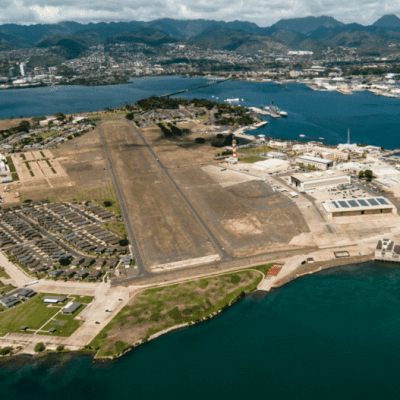 Are you or a loved one in pretrial confinement at the Pearl Harbor Naval Brig? Have no additional attempts been made to have you released after your 7-day hearing? If you want to fight your pretrial confinement, call our office TODAY to learn how we can help.

All telephone conversations of military service members in pretrial confinement are recorded by the Pearl Harbor Naval Brig. Government prosecutors have investigators listen to all of these conversations for incriminating statements that they WILL USE against you at your trial.

The only telephone conversations military pretrial confinement prisoners have that are confidential are those with members of your defense team. Don’t think that “talking in code” is a way around the government’s intrusion either. Military investigators and prosecutors will do everything in their power to decode your conversations so they can increase their chances of convicting you and getting the harshest sentence possible. Don’t talk about your case or your chances of conviction will likely skyrocket!

Talking to other prisoners while in pretrial confinement is a recipe for disaster. Some will cut deals with military prosecutors to snitch on you and get a better deal for themselves. Some just like running their mouths and will talk about your case and even provide inaccurate or entirely fabricated information to help themselves. Avoid this at all costs by not talking about your case to anyone other than the experienced team of court martial lawyers that are representing you.

You’ve served your nation honorably and now you’re being treated like a common criminal by being stuck in pretrial confinement. Little to nothing has been done to get you out. If you want to fight for your release from the Naval Brig at Pearl Harbor, call Noel Tipon TODAY and let us fight to make that happen.