Established in 1941, Wheeler Army Airfield is a United States Army post on the island of Oahu, Hawaii. During the December 7, 1941, attack on Pearl Harbor, it was also an island target because of its strategic location and operational capabilities.

Today, the greatest threats to the Soldiers of Wheeler Army Airfield are hand-picked military prosecutors under extreme pressure to increase their court-martial conviction rate. Year after year, a high number of Soldiers serving at Wheeler are investigated or accused of UCMJ violations. If convicted at court-martial or administratively separated, they could be awarded a sentence that ruins their military careers and devastates their lives.

Whether you’re facing an investigation, court martial, NJP (Article 15), BOI, administrative separation board, or some other adverse action by your command, you owe it to yourself to choose the best representation available. Call us TODAY to set up your free consultation and discover how we would investigate, prepare, and defend your case. 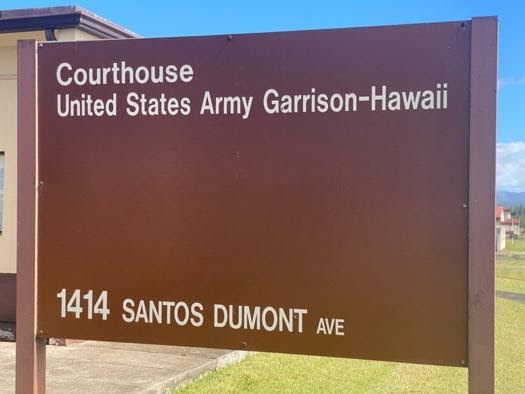 Although Wheeler Army Airfield has a smaller military population than Schofield Barracks, it still has an abundance of court martial activity every year. Noel Tipon defends Army personnel from offenses ranging from rape and sexual assault, BAH fraud and other financial crimes, as well as drug crimes and all other UCMJ offenses. If you are a military service member stationed at Wheeler, do not hesitate to contact our team of court martial lawyers if you are facing any UCMJ matter. We have a reputation for fighting and winning when others think it is hopeless.

We have been defending active duty and reserve Army Soldiers stationed at Wheeler Army Airfield for years. And we are based right here in Honolulu, Hawaii. This results in some very important advantages for the Hawaii service members we represent:

We’re not necessarily saying that there is a “hometown advantage,” but being located in Hawaii certainly doesn’t hurt the Hawaii service members we represent.

Noel Tipon serves all Army personnel at Wheeler Army Airfield. If you’re willing to fight for your military career and future, call us TODAY for a free consultation so you can learn how we would investigate, plan, and defend your case.

All of the military law defense attorneys at Noel Tipon are licensed to practice in all military courts, including the Court of Appeals for the Armed Forces, the highest military court in the land. In fact, no law firm can match our combined experience of court martial and appellate defense litigation.