If you are a black military service member, you have a ridiculously higher chance of facing court-martial or nonjudicial punishment (NJP) and then being found guilty at that court-martial or NJP.

It doesn’t matter if you’re in the Army, Navy, Marine Corps, or Air Force—if you are black, the danger of you going to and being found guilty at court-martial or NJP is through the roof compared to whites.

This is not our opinion, it’s based on cold, hard data that national media networks like Newsweek, USA TODAY, NBC News, and McClatchy have recently reported on with headlines like: 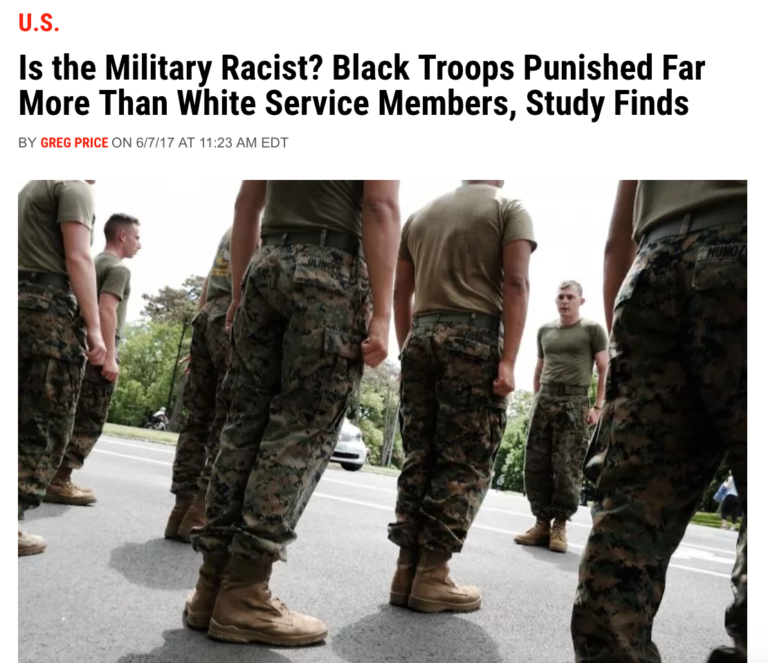 When you’re facing a stacked decked like this, you cannot afford to cut corners. In fact, the corners have already been cut, against your will and your interests, by a prejudiced military justice system that wants to convict you of a UCMJ crime and ruin your life.

Most of the crimes our attorneys see service members charged with can result in years or decades of prison time, to life without parole (LWOP). These include UCMJ offenses like rape, sexual assault, sexual assault of a child and other sex crimes with a minor, aggravated assault, child pornography offenses, drug offenses, BAH and other financial crimes, and more.

If you are a black service member that is suspected of, being investigated for, or charged with any UCMJ offense and you want someone that will fight for your rights, contact our office today to speak to a court-martial lawyer that will give you an honest evaluation of your case and a strategy for winning it. 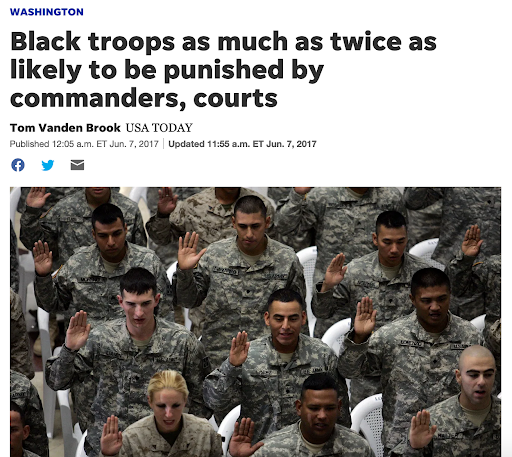 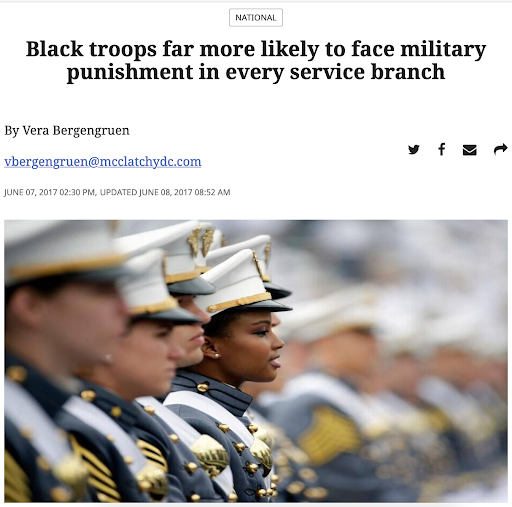 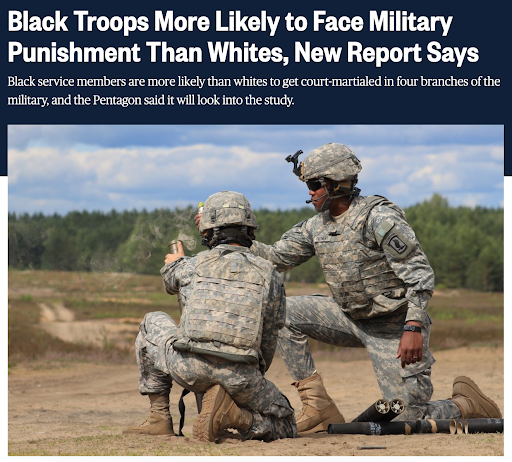 The Protect Out Defenders Report: Racial Disparities in Military Justice

In this recent report, Protect Our Defenders, a national organization, concludes:

This is what you’re up against. While lip service is paid with phrases like, “one place where a man ought to get a square deal is in a courtroom, be he any color of the rainbow,” is out the window—and the data shows it is.

But you CAN WIN if you have a court-martial lawyer that is ruthlessly dedicated to fighting for your rights and isn’t afraid to stand up to government prosecutors and military law enforcement agents hell-bent on convicting you even if you’re innocent.

Is the Free Guy Best for Your Case?

Once charged with a crime under the UCMJ, a service member is entitled to a free military lawyer who may have been defending court-martial cases for only a few years, often times even less. Worse yet, as explained below, he may not even want to be a military defense attorney.

Some military lawyers love being an SJA, others hate it. Some want to do labor law, others detest the idea. And some really want to be defense counsel, while others cannot stand confrontation, fighting in court, and committing themselves to the long hours that it takes to win at trial.

Unfortunately, military lawyers are sometimes assigned to the job they hate, or are simply OK with. That could be the case with the free court-martial lawyer you are detailed. Problem is, you will never know it. He certainly won’t tell you if you ask—he would put his career in jeopardy.

At the same time, your free attorney may be afraid—because he doesn’t want to injure his career—to argue the racial injustice that is taking place. Let us help.

Government Prosecutors are Often the Best

Government prosecutors are often the best trial lawyers the military has—hand-picked by the same system that produces the racial bias exposed by the new media and Protect Our Defenders. Some even specialize and only deal with military rape or sexual assault cases.

These prosecutors are not only highly trained and highly motivated, they also have the nearly unlimited resources of the United States Government at their disposal. And they aim to use all of their skill, power, and those resources to get a guilty verdict in your court-martial.

It’s crazy, but the commissioned officer that is sending you to a general or special court-martial is also the person that selects the jury pool assigned to your case. As unfair as this is, it’s not changing.

With this system in place, it is unsurprising that black service members are more likely to be sent to court-martial and punished than white service members. After all, according to a recent DoD Demographics report, approximately 5.3 percent of Marine officers, 6 percent of Air Force officers, 7.9 percent of Naval officers, and 12.7 percent of Army officers are black.

And could it be that black service members are convicted more at courts-martial than whites because the white officer sending them to the courts-martial also pick the jury pool?

If you are a black service member suspected of, being investigated for, or are charged with a crime under the UCMJ, and you want a legal team that not only understands what is going on, but has the experience, resources, and power to fight for your rights, call our office today so a court-martial attorney can evaluate your case.

We won’t let you down.