Our Game Plan for Winning

Immediately upon being retained to defend you, The Tipon Law Firm will take every step necessary to gain a complete understanding of your case, including strengths and weaknesses and that facts that cannot be changed. We do the investigation OURSELVES. We don’t farm it to others, especially retired cops or investigators that aren’t defense lawyers and therefore don’t think like defense lawyers. In fact, our trial strategy often involves discrediting military or civilian law enforcement as being incompetent and sloppy investigators—which is ridiculously easy to do—so we aren’t going to rely one of their prior peers to prepare your case. We scour the law enforcement file. We wargame the case. We interview witnesses. And if we need an expert in DNA, forensics, false-confessions, or any other scientific field, we go for the best.

Some defense counsel simply rely on the military law enforcement investigation report compiled by NCIS, CID, or OSI. This is a recipe for disaster, as those reports are often stuffed with errors, critical omissions, misleading exaggerations, and lies. We’ve read military law enforcement reports that make it seem hopeless for an accused, but when we interview the same witnesses, it becomes clear that our client is innocent—it was as if we were dealing with completely different cases.

Strategic communications with military prosecutors is a key part of a fast start to winning your case. Prosecutors love to talk about how strong their case is. In the process, they almost always reveal more than they should, including weaknesses that they don’t even see. This is a huge advantage that you cannot afford to lose. Some military attorneys take the “tough-guy approach” and cut of communications with military prosecutors. In our view and experience, this is a huge mistake, one that could be catastrophic for you. It’s like conducting an attack without doing any reconnaissance of the battlefield—you just don’t do it unless you want to get surprised and massacred.

Military law enforcement like NCIS, CID, and OSI make such a rush to judge a service member guilty, their investigations are incredibly sloppy. Investigators miss evidence, trample through crime scenes, lose evidence, and fail to ask witnesses critically important questions. This carelessness presents incredible opportunities for an accused service member that has a defense attorney that knows how to do a proper case investigation and is actually willing to do it. That may mean visiting a blood splattered room, interviewing hostile witnesses, scouring a creek bed for a phone, or a million other scenarios—a defense investigation is not work for the timid. Noel Tipon will go over every potential piece of evidence with a fine-toothed comb. 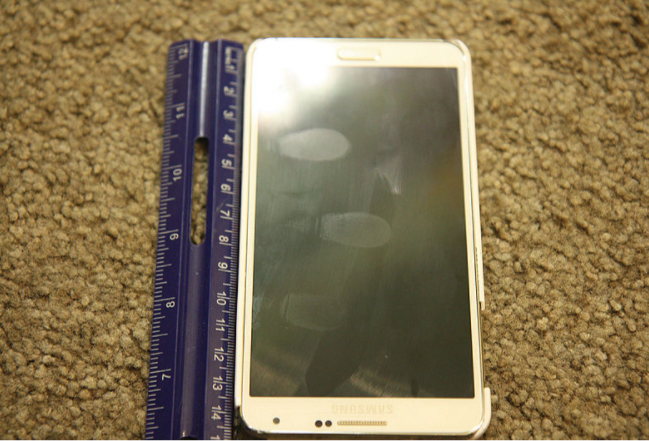 If your free defense counsel SUPPLIED BY THE GOVERNMENT (the same government coming after you) has not conducted an exhaustive investigation and extensively documented crime scene evidence, their investigation is even shoddier than the one conducted by military law enforcement. You deserve better. More importantly, you need A LOT BETTER if you want a NOT GUILTY finding.

Preparing For a Court Martial Trial

What’s the difference between the winning and losing attorney? It almost always comes down to being able to visualize how the pieces can be put together to create reasonable doubt in the jury’s mind. Some attorneys are good at it, some aren’t. You need a court martial lawyer that’s at least good at it—great is even better

Winning at trial also comes down to having a court martial lawyer that has the dedication, physical endurance, and mental stamina to exhaustively prepare for every aspect of trial, including, jury selection, opening statements, witness cross examinations and direct examinations, objections, and closing arguments. None of these parts of a trial can be properly done “off the cuff.” Months of focused preparation are required. Some defense attorneys just aren’t willing to put that type of hard work in. That’s not Noel Tipon, and our case results prove it.

Make no mistake, a trial is a performance by the lawyers from both sides. As one commentator put it, “A jury consists of twelve persons chosen to decide who has the better lawyer.” Any accused service member needs to understand that even an innocent person, represented by a weak, inexperienced, or poor defense attorney, can be convicted. So you need to be as certain as you can that your court martial lawyer is better than the government prosecutors trying to convict you. Not only does your chosen defense attorney need to know the facts of the case backwards and forwards, he must also be able to deliver those facts with the passion and energy needed to convince the jury to vote NOT GUILTY.

You must also recognize that a court martial trial almost always involves brutally long days for a week or more. You can’t have a court martial lawyer that begins to fade from mental and physical fatigue as the trial progresses. Mental toughness is critical. As former Marines, you can rest assured that Noel Tipon will be able start and finish your case with equal amounts of focus and force.
Additional Matters To Consider
Inherent Bias Against Military Accused. Despite the American mantra of “presumed innocent,” the painful reality is that in a military court martial an accused service member is often viewed as “guilty until proven innocent.” An inexperienced or weak court martial lawyer can make things even worse, as that weakness will be associated with you and with guilt. Strength is the name of the game, and a strong court martial lawyer can convince a jury to vote not guilty. Remember, the jury pool is selected by the same person that decided to send you to a court martial—and the jury pool knows it—so you need a high-powered defense attorney that can effectively overcome that fact.

Cross Examination. Nothing is more crushing to a military prosecutor’s case than to have his star witness—an agent from NCIS, CID, or OSI—have their credibility and the quality of their investigation shredded by an aggressive defense cross examination. Sometimes the government’s star witness is the alleged victim or an expert brought in to convince the jury of your guilt. Regardless, for a court martial lawyer to win trials, he or she must be an expert at cross examination, as it is often the cornerstone of a winning defense strategy that leads to an acquittal.

Equipped with knowledge and exculpatory evidence gained from a hands-on investigation, Noel Tipon can cross examine government witnesses with a relentless eye toward a not guilty verdict. You deserve to have a defense attorney that can bring this result. So don’t settle for anything less than the best court martial lawyer you can find.

Extraordinary Writs. If you’ve never heard of an extraordinary writ, don’t feel bad, most military defense attorneys haven’t either. Even fewer know how to petition for one. Put in simple terms, when a military judge rules against an accused service member, his defense counsel can petition a military appellate court to reverse the judge’s ruling. Noel Tipon have actually stopped an accused’s court martial—midtrial—by filing for an extraordinary writ with a higher military court. This is the type of legal expertise you get with our law firm.

Article 32 Preliminary Hearing. The Article 32 preliminary hearing has become little more than a rubber stamp of a proceeding. It used to be that witnesses actually testified at the Article 32 hearing. Today, the hearing is a shell of itself and has become a sham of a proceeding involving the shuffling of papers. If you’re accused of sexual assault, this sham can be even more painful. Alleged victims don’t have to testify and instead are shielded by their own government-supplied attorney. So even though an Article 32 hearing’s purpose is to determine if there is enough evidence to proceed to a general court martial, your accuser doesn’t even have to take the stand and testify.
And don’t expect the government to call anyone else to testify either. Military prosecutors mostly view the Article 32 hearing as little more than a formality, a speed bump on the way to a general court martial. The deck is so stacked against a military accused that calls for reform have been made, but to date, no meaningful changes have been implemented. That’s why a military accused needs an experienced and aggressive court martial lawyer to come in and even the playing field. When Noel Tipon show up and call witnesses and present evidence showing your innocence, the government can sometimes be caught flatfooted and a recommendation not to send your case to a court martial can be obtained.
Sometimes, for strategic reasons that we won’t touch on here, Noel Tipon may decide that it’s best to waive the Article 32 hearing. This often leaves the government wondering what it is we have that they’re not prepared for and they spend their time chasing ghosts. Meanwhile, we’re carefully planning a winning defense strategy.
It is important to remember that the Convening Authority (CA) decides if charges are brought, not the Preliminary Hearing Officer (PHO). Some defense counsel mistakenly attempts to try the case at the Article 32 hearing, thinking that a great display for the PHO will prevent a general court martial. While this can happen in certain circumstances, it’s rare. Military lawyers who are not calculated in their approach to an Article 32 hearing risk making things even worse for a military accused. Without a properly conducted investigation to develop a trial strategy early on, a careless or inexperienced defense counsel can irreparably damage a client’s case at an Article 32 hearing and may even contribute to a military accused’s conviction. Retaining an experienced court martial lawyer is therefore critical.
Noel Tipon

If you’re facing a military investigation or UCMJ charges, contact the Tipon Law Firm TODAY for a free consultation and learn how we would investigate, prepare, and defend your case.